This Is Why You Should Visit South Africa

What is your idea of an ideal holiday break? Maybe it’s spending time with friends and family exploring new places. Perhaps it’s meeting interesting people or trying exciting activities like hiking, horse riding and game viewing. Is it lazy lunches in beautiful surroundings and days spent soaking up the sunshine on a sandy beach?

Welcome to South Africa – where we can honestly say that you can have it all. Here are our Top 10 reasons to visit this phenomenal place, which is often known as ‘the world in one country’.

Cape Town arguably has the best urban beaches in the world, from fashionable Camps Bay close to to the city centre to Boulders Beach with its comical colony of endangered African penguins which waddle about. All the way along South Africa’s Garden Route and kwaZulu-Natal’s Indian Ocean coastline you’ll find long stretches of pristine golden sand lapped by waves that become warmer and warmer the further north you go – there are even tropical coral reefs and excellent diving and snorkelling at Rocktail Bay.

The Twelve Apostles mountains hug Camps Bay beach, one of the most beautiful stretches of coastline in South Africa.

2. Witness the Big 5 on Safari

The Kruger National Park is the most famous Big 5 desintation in the country but South Africa also has a growing selection of superb game parks and private reserves. Try an exclusive South Africa safari in the world-renowned Sabi Sands; some family time in Madikwe Private Reserve; or combine game viewing at Addo Elephant National Park with a beach vacation in the Eastern Cape.

South Africa’s varied terrain allows you to spot desert-adapted dwellers like pangolin or anteaters in Tswalu in the heart of the Kalahari, then search some of the most densely populated leopard country in the southern Kruger before seeking out elusive bat-eared foxed and porcupines in the malaria-free Eastern Cape. 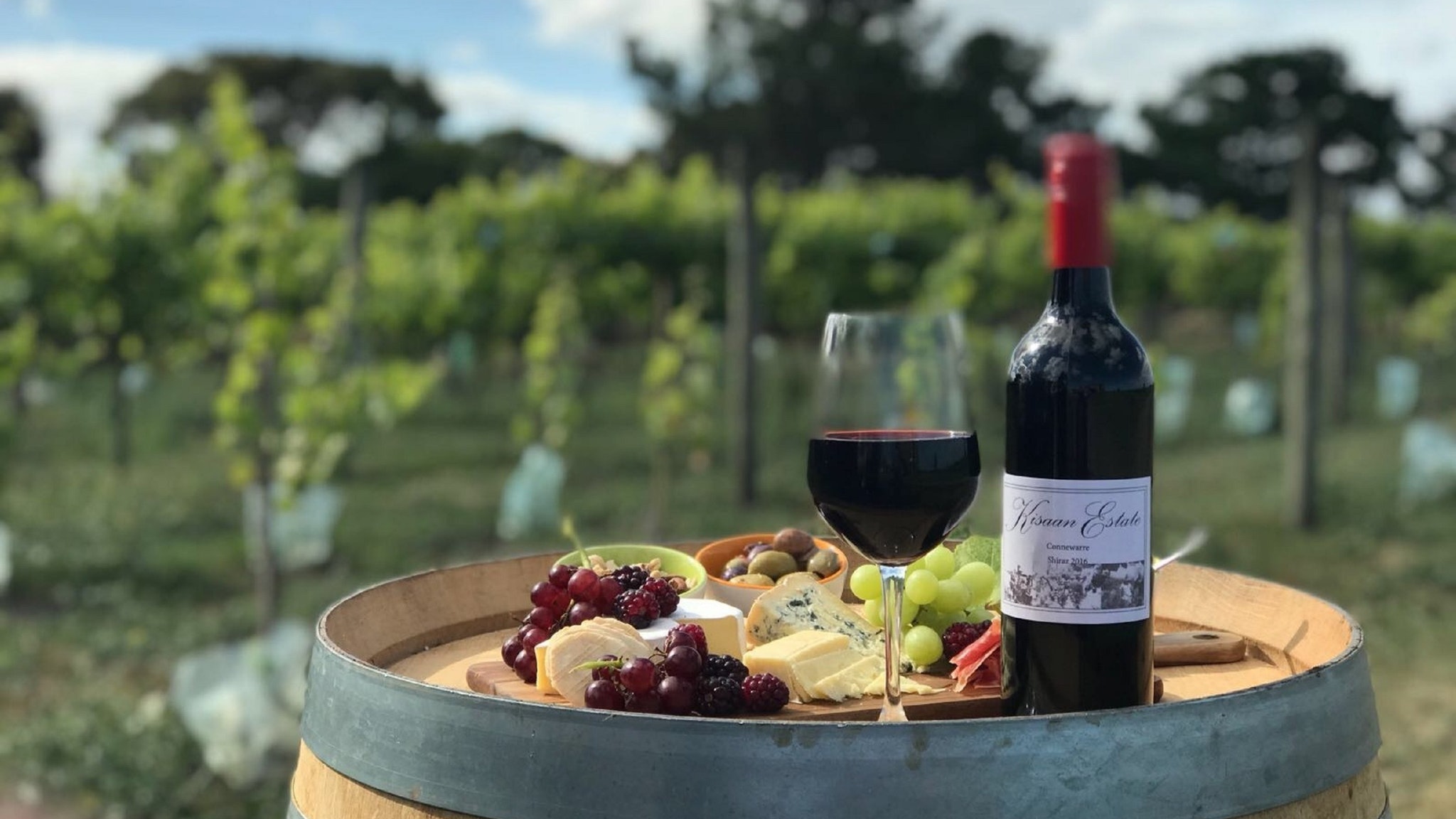 When you visit Cape Town, we highly recommend spending time in the Cape Winelands, exploring the beautiful estates, sampling award-winning wines in cool cellars and on vine-covered patios, and sampling some of the world’s best cuisine in its sumptuous restaurants. On the country’s eastern seaboard, indulge in a gourmet getaway in the lush hills of the kwaZulu-Natal Midlands, fortifying yourself for a comfortable hike in the foothills of the magnificent Drakensberg Mountains.

Franschhoek is South Africa’s oldest ‘foodie’ destination but Johannesburg and Cape Town are catching up fast – very fast! Both are hubs for craft beer, great coffee, exciting markets and inspiring restaurants that meld local flavours with international trends, all dished up with typical South Africa hospitality. If food is important to you, check out our Top 10 best hotel restaurants in Africa.

South Africa is renowned for good vintages – the country’s wine industry dates back over three centuries.

4. Abundance of things to do in South Africa

With plenty of sunshine, mountains, sea and rivers, South Africans tend to treat their country like a massive playground. For a taste of the great outdoors, hike to the top of Table Mountain; horse ride in the Drakensberg; watch whales in Hermanus; paraglide over Cape Town’s beaches; take a walking safari in the Kruger; cycle through the Cape Winelands; explore the forest canopy in the Garden Route… You’ll never have a dull moment!

There are several routes up Table Mountain, all with spectacular views. The easiest way up, of course, is to take the cable car.

Visitors often comment on the fact that South Africans smile a lot… yes, we are a friendly bunch! We love to meet new people and passionately recommend our favourite place and things to do. We are a melting pot of many fascinating cultures forming one nation so you’ll hear several distinct accents in our English, notice many different faces and taste a rich fusion of flavours in our cuisine.

In Cape Town, you can learn to cook traditional Malay curries while in Johannesburg, you can visit Nelson Mandela’s house and walk in the footsteps of history in Soweto.

6. The sunshine and ideal weather

Did you know that Durban, Ballito and the beaches of the kwaZulu-Natal Coast average over 300 days of sunshine a year? Even the December to March ‘rainy season’ over the Kruger is actually quite sunny: rainfall generally consists of short-lived showers in the late afternoon, leaving the air washed clean of dust and making for bright, crisp photographs.

The kwaZulu-Natal coast combine perfectly with big game safaris in Kruger, Phinda or even Addo.

Your kids will love it! South Africa has plenty of child-friendly accommodation and loads of great options for a family holiday: Cape Town and the Garden Route are particularly popular for a beach break. For a family safari, we recommend the Pilanesberg, Madikwe or one of the Eastern Cape reserves – all malaria-free with superb game viewing. For loud, unrestrained whoops of joy, try thrill-a-minute Sun City, a fantasy resort that even has a sandy ‘beach’ and ‘ocean’ built in the middle of the bush, less than a 2-hour drive from Johannesburg.

If you are bringing young children on safari for the first time, ask your Africa Safari Expert to find you a lodge that is geared for kids: many have amazing junior rangers’ programmes, shorter game drives, educational games and special play areas with trained nannies. Long game drives can be tough on little ones but gentle nature walks with trained guides that teach them about bugs, birds and blooms can be very exciting. 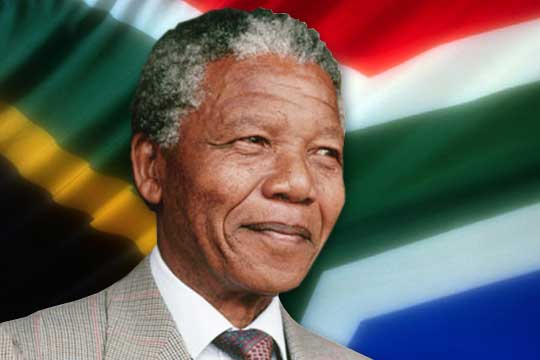 How far back do you want to go? We have the Cradle of Humankind, where the 2.3-million-year-old fossil nicknamed Mrs Ples was found. For a taste of more recent history, we highly recommend the kwaZulu-Natal Battlefields where excellent guides bring to life the world of 1875, when bravery, victory and defeat played out in the bloody battles between British soldiers, Boer commandos and Zulu warriors. South Africa’s remarkable modern history is perhaps best illustrated in a visit to Robben Island, where Nelson Mandela spent 18 years of his incarceration alongside other political prisoners under Apartheid.

Cape Town is our oldest city, the Constantia Winelands date back over 300 years and San Bushmen can teach you more about their desert lifestyle that remained largely unchanged for thousands of years.

History buffs will enjoy visiting the haunting battlefields of the Anglo-Boer Wars.

9. It’s value for money and best suited for any traveller 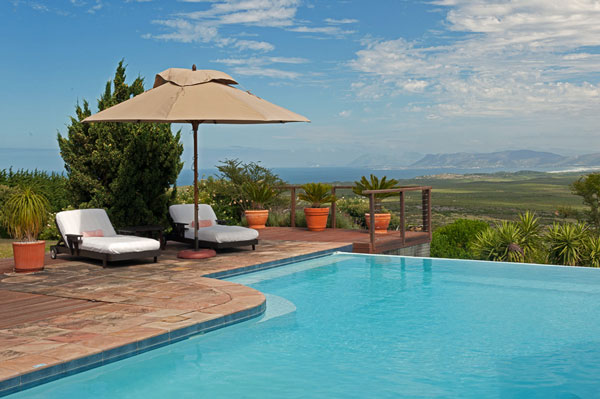 In South Africa, it’s easy to find a cosy guesthouse or family-run lodge that offers that extra bit of holiday pampering plus great value for money. What’s more, eating out in South Africa is affordable, so you can generally enjoy a great meal and local vintage without the bitter aftertaste of an unreasonable bill.

In addition to being value for money, a safari can often be all-inclusive so you know exactly what you’re in for, upfront. Ask your Safari Expert to create a tailor-made itinerary around your budget that is as inclusive as possible.

South Africa welcomes a steady flow of international airlines at international airports around the country, which were all upgraded when we hosted the 2010 Soccer World Cup. Also, once here, you’ll find a network of national highways roads criss-crossing big sky Karoo landscapes, winding through farmlands, nipping along coastlines and over magnificent mountain passes. South Africa is one of only two countries in Africa where we recommend a self-drive holiday – a fantastic option for independent travellers.

In additon, Wi-Fi is widely accessible, the mobile phone network is excellent, ATMs are readily available and self-drivers will never be far from a full-service gas or petrol station.